#MandelaMonth - The Power of Education

Nelson Mandela said, “It always seems impossible until it’s done.” Sometimes the most important tasks are the ones that seem the most impossible. Goals can seem too grand, too far, and as if there is no possibility of ever reaching them. However, once they are accomplished, when determination, support, and hope triumph over disappointment, disunity, and despair, then those goals that once seemed impossible are all the more fulfilling.

School of Hope provides support and opportunities to determined learners, offering a second chance for those who dropped-out and may be too old to attend a ‘normal’ Secondary School. School of Hope, is a Thembalitsha Foundation project, a Non-Profit Company, meaning it can only function through the financial support of its supporters. By donating R250 per month, you provide a learner with the means of making the impossible seem attainable. Previous supporters have afforded the opportunity of an education to learners at School of Hope such as Luthfiyah. >>> https://www.hope.org.za/sponsor-a-desk

Luthfiyah grew up in a home with her two sisters and three brothers, along with their mother. When she was younger, she ran with a bad crowd, and frequently got into trouble. Eventually, she lost interest in school and dropped out. However, she had underestimated the determination of her older sister, a teacher who values education and was not about to let her younger sister drift down a bad path. Through her mother’s and sister’s encouragement, Luthfiyah was enrolled in School of Hope. 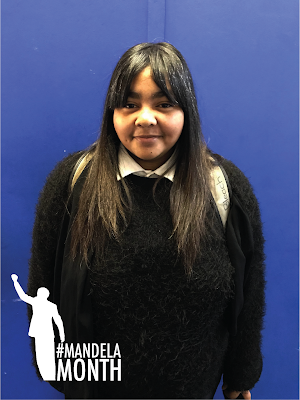 Now, Luthfiyah, at 20 years old, is a Grade 10 learner in the school. “You can be who you want to be here,” she says. Other schools made her feel like she was not allowed to be herself, that she had to become someone else to be a member of society and have friends. Things are different for her at School of Hope. She would love to see the school grow and be able to help more learners like her, saying that more room for sports, such as a field or training facility, would be great for the learners at the school.

Luthfiyah enjoys spending time with her friends watching movies and going to the mall. She dreams of one day living in South Korea, as she has fallen in love with the music and culture of the country. Currently, she plans on attending university to study photography after matriculating from School of Hope. She has been able to make a future that at one point seemed impossible, but now, with the support of her family, friends, and School of Hope, she is determined to make her dreams come true, and hope for a better tomorrow.

Love is love no matter where you are from 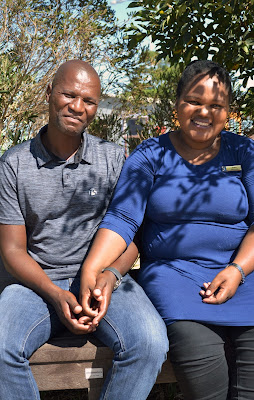 Agape, a term referring to the highest form of love and charity. And Agape Educare epitomises exactly that. Pastor Linda and Thabisa Mdolomba have set their hearts and minds to this and wish to wholly accomplish the essence of Agape in their little haven.
In 1999, two souls united the love of their ministry and a newfound love for one another in a small village located in the Eastern Cape. Linda and Thabisa met in church, having only known one another from a distance. In their ministry, before decisions were made their people would pray and seek advice from their elders. Deep within, Linda felt this sense of love toward Thabisa and acted on it. 18 years later, one can find these two happily married with their 6 lovely children.

Their love, respect and admiration for one another is something to admire. In his own words, Linda sees Thabisa as more than just his wife, she’s his friend that keeps him motivated, laughing and feeling more and more alive in each day that passes. Her love for…
MORE »

My name is Blue.

My name is Blue. My home language is foreign to you, and you and you. I am four and a half, I can now speak three languages, including English and Afrikaans, better than my Mom and Dad, actually. I teach them at home, they want to learn too.

I am at a school where I feel safe, protected, happy, encouraged to learn and discover. I can talk to my teachers openly, I know they are here to make me smarter and kinder, my friends too. My mom and dad work hard, they want my future to be bigger and brighter than theirs. I want that too. They give up a lot to make sure I have everything I need.

My parents can’t always notice if I’m battling with my school work, we are learning together, this is new to them too. My teachers see because they are good at their job, they are the best actually, and I really feel lucky to have them in my life. They are the building blocks of my future, without early childhood development, how would I know how to write my name in grade one?  I wouldn’t be able to keep …
MORE »